The village, according to unwritten tradition, (which was later recorded by folklorist Balázs Orbán) was named after the leader Úz. The oldest recorded history of the village is in the Pope records of 1332. Later it is mentioned again in a record in 1567 where it is called Wzon with 68 gates.

In the early 15th century, the tower of the local church stood 11m tall and the fortress around it was 250 steps in perimeter. The fortress was demolished in 1901. The villagers were free Szeklers, who got to know and began to follow Presbyterianism thanks to the nearby Brassó.

The large village of 2700 residents was offered a City title by the authorities. Seven nearby villages belong to the municipality of Uzon. These are: Szentivánlaborfalva, Lisznyó, Lisznyópatak, Sepsimagyarós, Bikfalva and Uzonfüzes. It was a known settlement in the 14th century; in 1567 it was recorded with 68 gates. Especially after the 1989 revolution, thanks to the professionalism and support of the elected Democratic Alliance of Hungarians in Romania (RMDSZ), to the Hungarian Church and by the courtesy of the industry and agricultural units, a rich cultural life developed.

However, for tourists, the spectacular monuments and buildings are more important. On our main square stands the Reformed Church. The Church was surrounded by an oval wall built in the 15th century which has lived quite a few hardships over the centuries. In the time of Gábor Báthory it was under the siege of András Géczi’s troops, later occupied by the troops of Mihály Weiss judge of Brasso. In 1704 it was registered that in “14 April – our beautifully monumental church and village was burnt.” In 1706 the Uzon Castle is under the control of the Labances, and therefore it is taken under siege by the Kuruces. Later, “when population started to return home, they began building the church”. After destroyed by earthquake, the tower was rebuilt between 1842 and 1844 with a baroque style roof. The church was demolished in 1819. Ten years later there stood a new one in its place. The remains and relics of the old church could be surfaced with a new renovation. The fortress was demolished in 1901. Meanwhile the bench-fronts with flower ornaments were repainted. Their age, according to professionals, is from the same time as the ones from Zabola (1772) and Mátisfalva (1802).

The building’s quality is only increased by the erected monuments and posted memorial tablets. On the tablet above the side entrance there is a quotation from Mihály Vörösmarty. A tablet was placed for Uzon’s martyrs of the 1848 revolution, the other for local Presbyterian pastor and freedom fighter Sámuel Sükösd (1816-1849), camp priest of the Tömös battlefield. Sámuel Sükösd was killed by the enemy in the fields of Hétfalu (Sacele). The memorial tablet was placed there by the residents of Uzon in 1991. In the church’s yard stands the monument for the millecentenarium with a bronze tablet resembling Transylvania’s coat of arms designed by István Petrovics.

The Roman Catholic Church can also be found on Uzon’s central square. It was built between 1909 and 1911. Its motto is: “Lord’s journey to heaven”. Inside you can see the memorial tablet for the martyrs of World War II (1945). Uzon has been a separate parish since 1943. The “Birth of the Lord, Jesus” Romanian Orthodox Church, built in 1830, is also on the list of monuments.

Beside the school stands the building of the Mayor’s Office and the Local Council (built in 1896). On its wall the memorial tablet reminds the visitor that “The revolution of Háromszék region erupted here in April of 1848” The Cultural Centre and Public Cultural Association named after Mór Jókai also operate in this building as well as the Lajos Erdélyi Public Library. Lajos Erdélyi (1871-1932) was born in Uzon, who was a linguist and a university professor. Jókai has visited Uzon during his campaign in 1881 and1884. He gave a campaign speech here in Uzon. On his second trip he visited the Temesváry family and József Ujvárossy (1838-1919) who was a foresting engineer, land owner, councilor to the King, the main administrator of the Sepsi Clerical County and the benefactor of the Mikó Székely Boarding- school.

In front of the Mayor’s Office there is an obelisk erected for the memory of the martyrs of the two World Wars and the ornamented pavilion of Uzon’s brass-band, where concerts and other band meetings are held. Uzon has a dozen of architectural monuments, mainly mansions and manor-houses to which historical events, life and works individuals are related.

One of these are the Béldi-Mikes mansion, that is often mentioned in architectural literature (used to be the headquarter of state farm). The mansion’s terrace with arches and tulip patterned stucco decoration make it an advocate of the late renaissance (18th century).

There are several mansions on the monument lists. Another one is the Ujvárossy-Ágoston mansion (former state farm headquarters). It has a French style attic. With its fine lined, late baroque gable (19th century), it represents the Transylvanian empire architecture.

The Pünkösti mansion is also an architectural monument. It’s steep and double roof represents pheasant architecture (around 1810). At the moment it functions as the local library. The Gidófalvi mansion, with its coat of arms and gable, and the Serban- mansion (N. Balcescu Street) with its classicist façade is also from end of this period. The Temesvari mansion solely represents the eclectic style from the end of the 19th century. The folk mansions are represented by the Dankó-house (built in 1853) and the similar Györgybíró house (1838). The transition to folk architecture is represented by the Tarcsi-house built in 1826 (Gábor Áron street).

Traditional folk architecture is represented by log houses roofed with wooden shingles. One of these is Bába Mózesné house from the first trimester of the 19th century. The line of architectural monuments is closed by the Páljános Adolf house (former Hussar barrack). Its archway represents the late renaissance period from the beginning of the 19th century (Gábor Áron Street).

Several famous persons were born in Uzon. One of them is Boldizsár Jankó of Uzon, a protestant ecclesiastic writer of the 18th century; István Fosztó (1729-1777), Unitarian pastor and writer; Mátyás Béldi of Uzon (1707-1804) Latin elegy writer; Jenő D. Veres (1882-1968) reformed pastor, ecclesiastic writer, editor and translator; Benedek Kovács (1888-1975) teacher, writer, translator; Lajos Kelemen (1888-1968) co-editor of the Hungarians of Bucharest paper. Descendants of the famous Pünkösti family like: Gergely Pünkkösti (1820-1912) was a major in 1848-49 revolution, who declared the termination of villain taxes on a pheasant meeting in the presence of military and villain people on May 30th, 1848, Alsócsernáton. There is a memorial post erected for him in the main square (work of László Lengyel, 1999); his older brother Pál Pünkösti (1804-1868) was also a major in the 8th hussar regiment; and Ferenc Pünkösti (1835-1898) who had the fortune to welcome Mór Jókai. Balázs Orbán took a picture of Jókai while visiting Uzon. László Pünkösti (1912-1940) died as a martyr. He was a staff captain. Károly Széplaki senior, man-of-all-work, also lived and worked here, and György Beke’s cradle was also rocked here, who is an honorable citizen of Uzon.

From the alluvial relief of the Feketeügy River, ice age solidified wood billets and snails and shells from the late Pliocene age have been discovered. The places of the archeological digs exist even today. Uzon has a large bird population as well. In the floodplain lakes around Uzon there is virtually a “bird hostel”.

The local tradition of alcohol making was continued by the local alcohol and starch factory. Despite the golden star award on the International Expo of Madrid, the factory was closed. 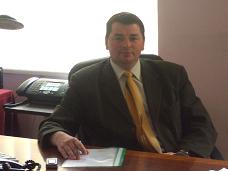 We welcome you to Uzon village!

We would like you to get to know our geographical setting, our culture, our folk traditions and customs, our colorful programs and services, none the less investment possibilities.

Most of the villages are old settlements. The names of Uzon, Szentiván, Lisznyó and Bikfalva are mentioned in the Popes records from 1332.

The unique and colorful harmony of our villages, the clerical and cultural values, our folklore, natural reserves and picturesque landscape will provide every visitor with a memorable and diverse experience.

It is worthwhile to visit our villages in order to experience our cuisine and hospitality. You can also roam our natural reserves, on foot or by bicycle, where you can discover the beauty of nature and wildlife. You can enjoy the fresh and clean air, the relaxed atmosphere, the silence of our forests and the rippling of the creeks.

As an economic or vocational investor, besides the advantageous setting of our village, you can enjoy the complete support of our local government, and you will find the right amount and quality of human resources in order to develop a successful company.

I wish you strength and health for your pursuits.

We hope that we will inspire you in visiting Uzon village, and can soon welcome you as a visitor, later as a friend and perhaps even an investor.

See You in Uzon!